Organizations teaming up for Agent Orange Town Hall at UNF 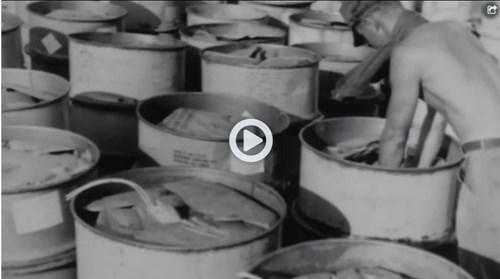 JACKSONVILLE, Fla. – Military members serving in the Vietnam War didn’t know it at the time, but there was something more deadly in the air than the bullets and bombs of combat.

Roughly 50 years later, veterans are still dealing with the impact of Agent Orange, a blend of herbicides American military forces sprayed in the jungles of Vietnam and Korea to remove trees and foliage where enemies could hide.

Now, as a local man is fighting cancer again, he continues his fight to let other veterans know how they can get help.

“I am a Vietnam vet that did 31 months in Vietnam,” said Tony D’Aleo, president of the Local Chapter 1046 of Vietnam Veterans of America.

D’Aleo grew up in Brooklyn, New York, got drafted into the Army in 1964 and then joined the Marines and went back to Vietnam. He served in some of the bloodiest battle zones of the war, including Hue and Khe Sanh.

“When you're in a firefight, bullets are coming from every direction,” said D’Aleo, who was exposed to Agent Orange. “All I wanted to do is stay alive and hope I had enough ammo to make it out of there.”

He was wounded in both, and was awarded Purple Hearts. Neither of those wounds compare to the damage caused by Agent Orange.

“My squad in Vietnam, we were in Hue and we were in Khe Sanh -- 98 Days in hell in Khe Sanh,” D’Aleo said. “They all came home. They're all dead now. They all died of cancer.”

D’Aleo said two of his comrades died in domestic violence. Cancers took the other 13. He is a three-time cancer survivor who is currently battling, too.

“The Agent Orange has infected my inside and it moved from my gallbladder to prostate to spleen to my bladder. I lost all those organs,” D’Aleo said. “Other vets will get sores that'll be on their face and everything.”

Those “other vets” have become D’Aleo’s main focus in life. As president of the local chapter of VVA, he will speak to veterans at a town hall at the University of North Florida in August.

That’s an effort Bob Buehn is helping with. He is the director of the UNF Military and Veterans Resource Center, which is teaming up with Community Hospice for the Agent Orange Town Hall.

“More veterans have died from exposure to Agent Orange since the end of Vietnam War than died in combat during the Vietnam War,” Buehn said. “So it's at least as devastating as the actual combat, and still going on.”

Organizers of the town hall hope they can share resources and education with veterans.

“The DNA travels, so the Agent Orange is being spread all over,” D’Aleo said. “The government can say whatever they want to say, but it's five generations going in the United States.”

In the last year or so, the Veterans Administration has been adding conditions that qualify people for disability related to their exposure to Agent Orange.

The free town hall takes place from 9 a.m. to noon Wednesday, Aug. 7, at UNF. Click here to find more details about the program and register for the event.