Join us in recognizing Katherine Platt, Nurse Manager at Community Hospice & Palliative Care, for being nominated as our February HERO of the month!

One afternoon, a man was admitted to our COVID unit after the family experienced a tumultuous three weeks. The next morning, Katie noticed a rapid decline with the gentleman and immediately notified his wife. The wife confirmed she was on her way and would meet their son there as well. Katie put on her PPE gear and stayed with the patient. Just as she sat with him, security let her know that the man’s son had arrived, although the wife was still in route. Katie was torn between leaving the man’s side to escort his son back, knowing the PPE process would take away borrowed time, so she stayed with the gentleman, holding his hand. A minute later, he passed away. Katie let his son and wife know she was with him which was the wife’s greatest wish, that her husband didn’t die alone. 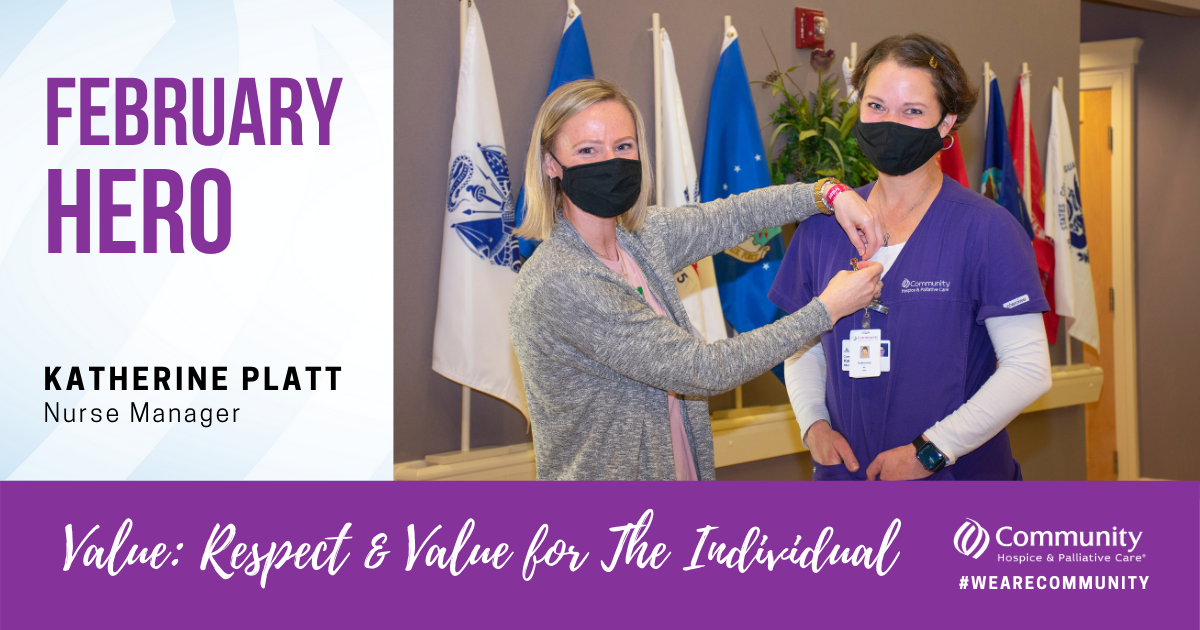